India VS Australia: Prime Minister Narendra Modi leads the way as former and current India cricketers followed in to congratulate Team India on their series win against Australia.

As Team India beat Australia by three wickets in the fourth and final test match at the Gabba in Brisbane to win the series of four matches by 2-1 and confirm the Border-Gavaskar Trophy for the second term in a row Twitter went frenzied. 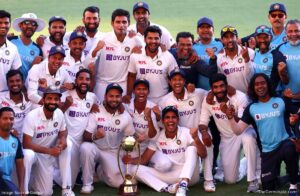 Chasing the target of 382, The Indian cricket team created a historic win in the 4th test match against the Australian cricket team at the Gabba in Brisbane by winning the series by 2-1 and grasped the Border-Gavaskar Trophy.

A solid start was given by Shubam Gill to India by scoring 91 runs. Cheteshwar Pujara and Rishabh Pant were set the strong floor for India to get the win with their 61 runs.

Pant moved on and joined a significant 53 run partnership with Washington Sundar to place India in a solid position.

Rishabh Pant played an excellent hit and continued on victorious 89 to help team India to chase down 328 on a fifth-day track in Gabba. India has become the first team to defeat Australia in a Test match in Gabba in 3 decades.

We are all overjoyed at the success of the Indian Cricket Team in Australia. Their remarkable energy and passion was visible throughout. So was their stellar intent, remarkable grit and determination. Congratulations to the team! Best wishes for your future endeavours.

Historic series win for Team India! Youngsters delivered when it mattered, with Gilll and Pant in the forefront. Hats off to Ravi Shastri and the support staff for their part in this turnaround! So so proud of this bunch, this is one for the ages👏👏👏 #AUSvsIND

Congratulations #TeamIndia 🇮🇳 Absolute superstars all of you 👏👏 A proud and historic moment for Indian cricket! Battered, bruised, but champions as well 🏆 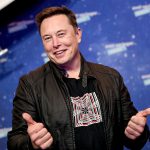 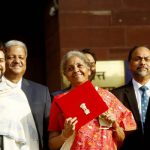