The wonders are selected by a poll via web-based voting and telephonic voting. The poll to select the seven wonders of the world was lead by the Canadian-Swiss Bernard Weber and it was organized by the New 7 Wonders foundation which is based in Zurich, Switzerland.

In the poll, people can vote multiple times was considered unscientific. The Seven Wonders of the World is a selected list of monuments from all over the world that shine in unique architecture, craftsmanship, and ingenuity. The included catalog includes the best natural wonders or human-built monuments over time. The list modifies and changed over time, but here is the latest collection of the original 7 wonders of the world 2020. 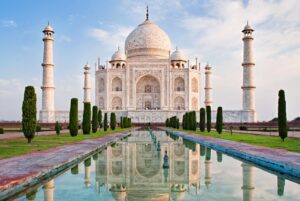 Taj Mahal is one of the seven wonders of the world, which is located in the Agra city of Uttar Pradesh State in India. The construction of the mausoleum was completed in the year 1643, which is built by the Shah Jahan in the deep affection for his wife Mumtaz.

Taj Mahal is an ivory-white marble tomb that builds on the bank of the river Yamuna in the city Agra of India. The tomb is the center of attraction in 17 hectares that will be 42 acres approx.

The essential part of the Taj Mahal was completed in 1643 but the work continued on other parts of the mausoleum for the next 10 years. Taj Mahal is believed to be completed in 1653 with the cost of 32 million Indian rupees.

The UNESCO World Heritage Site designated it in 1983 for being “The jewel of art in India and one of the universally praised masterpieces of the world’s heritage”. Taj Mahal attracts around 5000 tourists from worldwide. Every year the number of tourists increased to visit the Taj Mahal. 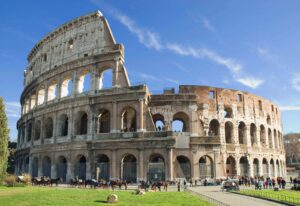 Colosseum is located in Rome, Italy. Colosseum is nothing but the amphitheater which is built in the center of the city of Rome in Italy.

Colosseum is the largest amphitheater ever built and it is still the largest standing amphitheater in the world today. Colosseum construction began in 69-79 AD and was completed in AD 80 under his heir Titus and it is built in the travertine limestone and volcanic rock.

It could hold on to 50,000 to 80,000 viewers. Colosseum is one of the popular tourist attractions in Rome and is also linked with the Roman Catholic church, as on each good Friday the pop leads the torchlit that starts in the area around the colosseum. 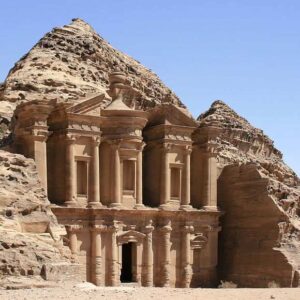 Petra is located in Ma’an Jordan, which is known for its residents in Raqmu, it is an archaeological and historical city in southern Jordan and lies around the Jabal-Al-Madbah surrounded by mountains.

Petra is especially known for stunning, complex architecture and modern water channel systems. It also gained fame from the amphitheater with the capacity of 4000 seats and the El-Deir monastery.

Archaeological evidence shows that the Nabataeans controlled these floods by the use of dams, ponds, and water channels. These innovations stored water for increased periods of dryness and allowed the city to gain from its sale. 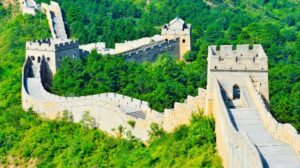 The great wall of China built between the 5th – 16th century, it is built to protect the Chinese Empire from attacking Mongols, the wall is 21,916 km long, which makes it one of the longest manmade structure in the world.

The great wall of china is a series of several walls that join together by Qin Shi Huang, the first emperor of China. Tourists visit it fully restore sections in Beijing and Mutianyu to walk on the historic bricks that were once an ancient battle site. it is the main tourist attraction where around 10,000 tourists visit daily. 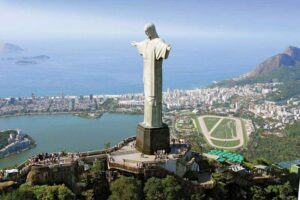 Chris the Redeemer statue located in Brazil, built by the Brazilian engineer ‘Heitor Costa and created by the sculptor Paul Landowski. The statue is 98 feet high and 92 feet wide from the arms stretch.

Being the symbol of Christianity it also becomes a cultural icon. the weight of the statue is nearly 635 tons and is located at 2,300 feet (700 meters) on Corcovado mountain.

The statue was constructed between 1922 and 1931. During its opening ceremony, the statue was lit by a battery of floodlights. it took 9 years to complete the statue with the cost of US $250,000. 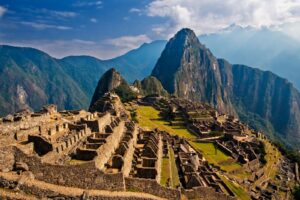 Machu Picchu is located in southern Peru on 7,970 feet mountain range. most of the archaeologists believe that it is constructed as an estate for the Inca emperor. Machu Picchu was built in classical Inca type, with dry stoned walls. most of the outer buildings are reconstructed to give a better idea of how they originally looked for the visitors.

It is believed that Machu Picchu has been built in the 1450s, it is also estimated that around 750 people lived there during its use of the royal estate.

The extraordinary architecture with many importance displays how advanced the Incas were for their period and that is one reason why it came to become one of the seven wonders of the world. The great mystery spins around Machu Picchu as its past use is unknown. 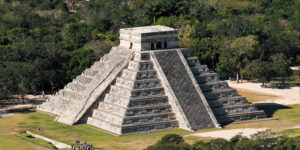 Chichen Itza is an archaeological large Columbian city built by the Maya people, site located in the eastern portion of Yucatán state in Mexic.

The Maya name it “Chichen Itza” means “At the mouth of the well of the Itza”. Chichen Itza is run as a powerful political and economical hub, flourished from approximately 800 to 1200 which includes a trading center for cloths, slaves, honey, and salt.

There is a difference as when Chichen Itza was built, some say it’s built in the 400 AD while others say constructed started after few years in the middle part of the fifth century. 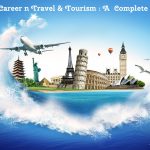 Choose a Career in Travel & Tourism: A Complete Guide 2021Travel