Telegram is an open-source messaging application, which is launched for android in 2013 and iOS in 2014, you can create groups of people more than a 2 Lakhs or channels for broadcasting where no restrictions for the audience.

You can share the messages, photos, videos, files of any type on to the Telegram, but now a days Telegram is into the news for a bad reason.

There is risen into the cybercriminal activities onto the Telegram. Cybercrimes are any criminal activity which involves a computer, network device or a network.

The activities include Hackings, bogus email asking for a security information’s and many more. According to the investigators, a telegram is encrypted and easier to use than a dark web.

Telegram has now shattered as a center for the cybercriminals, who are looking to buy, sell, and share the hacking tools and stolen data .

The new research by the investigators shows that this messaging app is developing as an option to the dark web.

Telegram is an encrypted and easier to use or access which provides a better functionality, telegram is generally less likely to be followed by an law implementations related to the dark web forums.

As it is easy to access, it is easier to find buyers onto the Telegram rather than the forum, because everything is faster and more fluid, and data can be shared more easily and rapidly.

According to The Financial Times conducted investigations and cyber intelligence group Cyberint, there has been a 100% rise in cybercriminals usage recently in the Telegram.

As the Whatsapp privacy policy gets changed, it seems risen into the criminal activity on the Telegram app increases.

If you can remember, WhatsApp asked its users to accept the revised policy to allow Whatsapp to share user data with its parent company Facebook early this year.

After this revised policy users have offended and people raise their voices against this through social media, even WhatsApp take note of this and had to clarify it.

We want to address some rumors and be 100% clear we continue to protect your private messages with end-to-end encryption. pic.twitter.com/6qDnzQ98MP

WhatsApp clarifies that they are protecting users messages with end-to-end encryption, and they are 100% clear to continue that, and it still will not be able to read users private messages.

Even after this large amount of people are migrating to other applications that offer the secure similar messaging capabilities and for the app, likes Telegram lead to an increase in the criminal activity conducted through the application.

If we take the reference of investigators there are expanding network of hackers who are sharing and selling data leaks in channels with thousands of subscribers.

The number of times “Email: pass” and “Combo” were mentioned in the app over the past year reportedly raised quadruple.

There are many times in the Telegram app “Email: pass” and “Combo” were mentioned over the past year reportedly raised quadruple.

There are many data drops circulating onto the Telegram application containing more than 3 Lakhs to 6 Lakhs emails and password combinations for the gaming and email services.

There are many channels available on Telegram where you can find the copyright contents of movies, songs, web series, also you can easily find the leaked version of movies or web series for which you need to pay a certain amount to the particular application where it is available.

Much financial information is also shared by the cybercriminals, the pieces of information shared by them are, credit card numbers, passport copies, and many hacking tools using the Telegram applications.

The most of threat actors conducting false activity and trading stolen data on to the encrypted messaging service which is increasingly popular among them.

After Financial Time notified the company, Telegram has now removed the channels where this large amount of datasets with the email and password combos are being sold.

We have a “Policy” for removing a “Personal Data” shared without permission stated into the statement released from the Telegram, They have also added in a statement that the Telegram has an “ever growing force of professional moderators”.

As stated by Telegram these professional moderators are removing more than 10,000 public communities every single day for violating its Terms of Service. 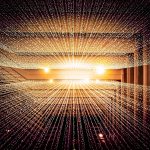 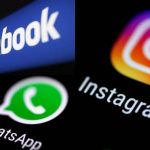